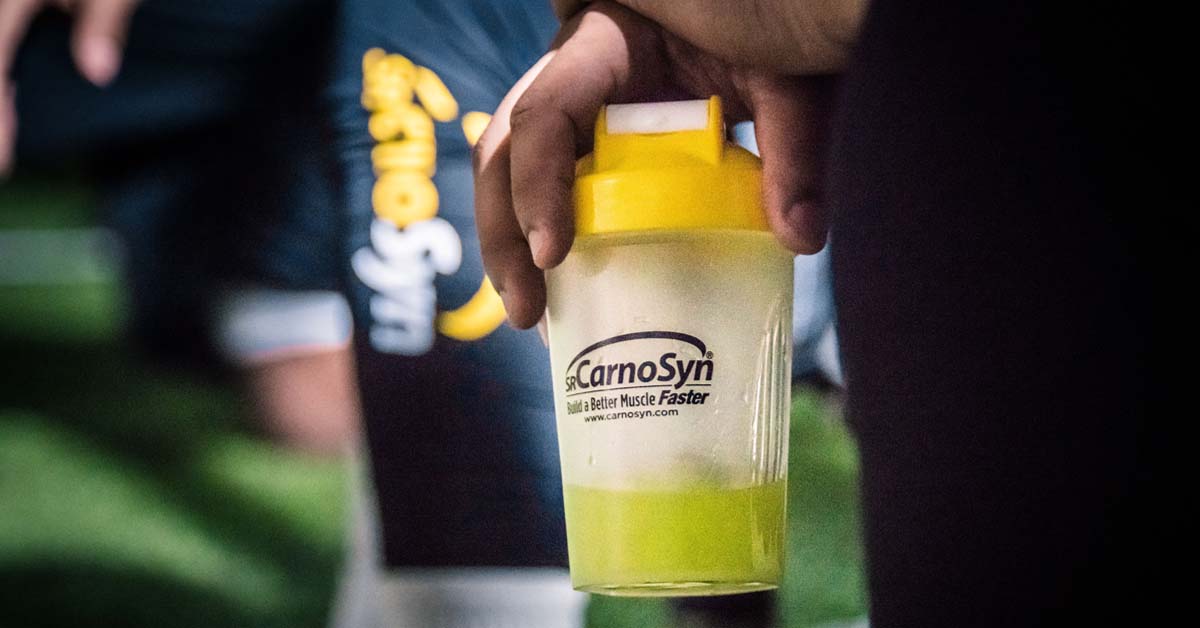 Beta-Alanine Vs. Creatine — A Comparison

So you’ve heard of creatine, and are likely already taking it to increase strength, gain muscle, and improve your overall exercise performance. But what about beta-alanine, the sometimes lesser-known pre-workout supplement that is said to have similar results? And which of the two should you incorporate into your pre-workout regimen — creatine, beta-alanine, or both?

First, let’s take a quick look at the history of these two amino acids (ingredients), as well as their similarities and differences.

Beta-Alanine and Creatine: A Brief History

After gaining popularity in the early 1990s for its influence on physical performance, creatine has been widely used by athletes of all fitness levels. It’s been widely studied and has received support from reputable organizations such as the Journal of the International Society of Sports Nutrition (ISSN), Academy of Nutrition and Dietetics, and American College of Sports Medicine, among others.

Advancements in performance through supplementation are possible in part by Dr. Roger Harris, who researched muscle cell energetics and patented the benefits of creatine for several years — before turning his attention to beta-alanine and carnosine. Specifically, he focused on the role of carnosine in buffering muscle cell pH during exercise and its synthesis from histidine and beta-alanine. Dr. Harris also discovered that ingested CarnoSyn® beta-alanine combines naturally with histidine to form muscle carnosine — and that most diets don’t include enough naturally occurring beta-alanine to boost carnosine production and increase athletic performance.

While the idea of supplementing with beta-alanine is a relatively recent development (when compared to its predecessor creatine), this non-essential amino acid has also undergone rigorous research and testing. For instance, beta-alanine as a pre-workout supplement is scientifically proven to enhance an individual’s capacity to exercise and train, build lean body mass, and improve mental focus and physical function. The ISSN has also shown beta-alanine to improve exercise performance and delay fatigue. And there are many other studies that support these findings.

How Alike and How Different?

Beta-alanine, like creatine, requires a loading phase. And, like creatine, it takes more than one dose to achieve muscle saturation levels of beta-alanine. Muscle-building benefits appear in athletes who took between 90 and 179 grams of CarnoSyn® beta-alanine over a 28-day period (an average of 3.2 to 6.4 grams per day). Individuals who take creatine often choose to load by taking 5 grams three to four times per day for a week to fully saturate the body. If not loading, 3 to 5 grams daily is typically recommended (depending on your weight).

In one ten-week study, collegiate football players significantly increased their strength after supplementing with a combination of beta-alanine and creatine. In the same study, the subjects who took beta-alanine along with creatine also lost body fat and gained muscle — without changing their diet or workout program. The group taking only creatine lost no body fat. 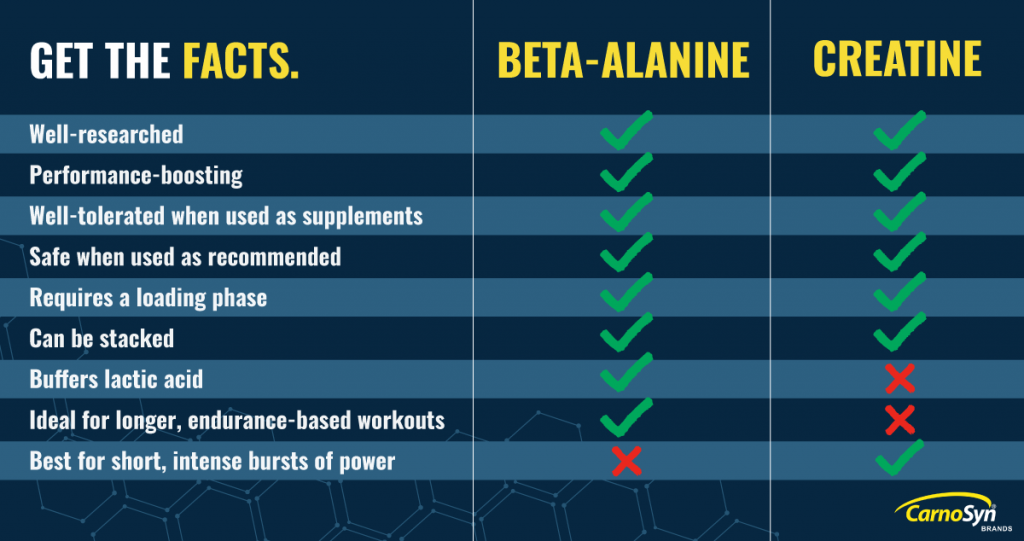 While beta-alanine and creatine share a number of similarities in terms of their impacts on physical performance, there are some differences.

For instance, supplementing with creatine elevates the amount of energy your body can produce, which helps with short, intense bursts of power. (This translates into quicker sprints, higher jumps, and stronger lifts.)

Supplementing with beta-alanine counteracts the negative effects of lactic acid formation in your muscles, and delays the onset of fatigue. This is ideal for longer workouts that demand endurance, but also when short bouts of intensive exercise are repeated many times. In this latter case, beta-alanine will work alongside creatine to increase both strength and stamina.

If you’re ready to begin supplementing with beta-alanine, learn more about CarnoSyn®-verified brand partners to find the products that are right for you.