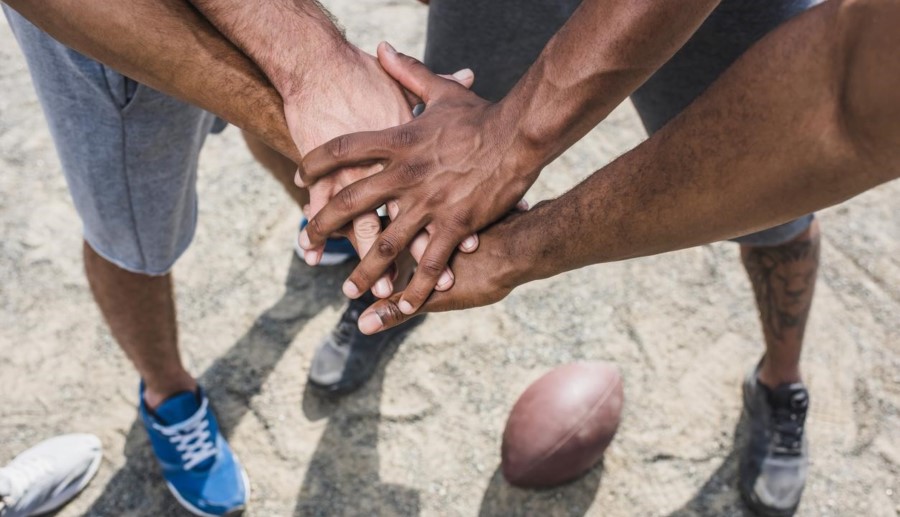 Build The Right Team: Lessons From The NFL To The Workplace

Your team can make or break your business, so hiring the right people is a crucial investment in your longevity. Once you have your pick at the top talent, you are in an interesting hiring position. The credentials and performance records may appear to be essentially the same among these final candidates. It can be tricky to discern how to choose who should join your team, and whether the decision even makes much of a difference at this point. From our experience at CarnoSyn® and from years of working with elite athletes and coaches, we can attest that it certainly does matter—you just have to know which characteristics to look for.

Coaches for professional sports team understand this. They know that even though elite players have developed an incredible skill-set, their character can make all the difference in how far they go—and the right character can’t always be taught. As an NFL coach, for example, you can refine a player’s technique, but it’s much harder to shift their underlying attitude. The same principle applies to hiring teams in the corporate world. Here are three key traits that NFL coaches look for in their players that you should be looking for in your team at the workplace.

This is one of the most fundamental traits in a member of any team. Everything catapults in one direction or the other from their level of coachability—their responsiveness to feedback, their adaptation, and therefore their effectiveness. We all come with our own set of experiences and old habits. Not all of them serve us in our new roles. Being humble enough to receive constructive feedback and change our approach based on that feedback greatly sets top performers apart from their less coachable counterparts.

We all like to hire people with a long track record of success, but be careful in this. Everyone will face setbacks and failures, even once they’re a top performer. Rather than looking for people who claim to have put failure behind them, look for those who take accountability of short-term failures and don’t let those failures stop them from high-performance in the long-run. How we respond to negative outcomes is one of the fundamental character traits that distinguishes exceptional people from the average. Whether it’s the NFL or a team of consultants, the highest performers do not dwell on the times they had poor outcomes; they devote a limited amount of time to assess the incident in order to learn from it, and then they move on. They continue to remember and focus on the good outcomes, implement constructive feedback for how to improve further, visualize success moving forward, and do better next time.

This is obvious—your teammates must have the discipline to do what it takes to perform at their best, especially when it matters most. That doesn’t mean spending more hours on the football field or in the office than their peers. There is a point of diminishing returns in productivity and benefits gained for more time spent on work. Burnout is real and has been shown to stifle progress. At the elite level, lack of discipline should not even be an issue—these are some of the most disciplined people on the planet. But being smart in their efforts will distinguish those who come out at the top.

The smart teammate knows how to utilize their time effectively when training or working so they can also get the necessary rest to maintain high performance. They know that the time they spend off the field, or outside of the office, is just as important in setting them up to thrive. This includes their lifestyle choices and the daily habits they have established. It means eating right, getting proper sleep, saying “no” to the things that will thwart their success, and building habits that will give them the edge over their competition.