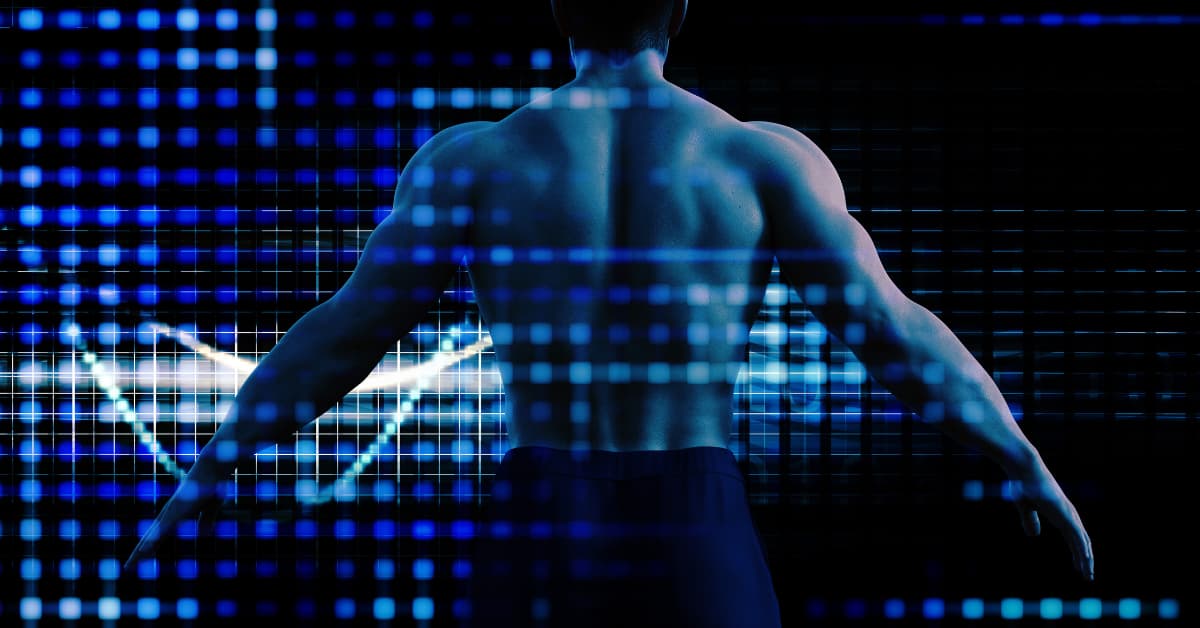 How CarnoSyn® Works: Beta-Alanine’s Mechanism of Action in the Body

In physics, Newton’s third law of motion states that every action has an equal and opposite reaction — a principle of inertia and counterforce that could also be used to describe the positive effects of safe, high-quality supplements on whole body health. In health and wellness, there’s a term for this: “mechanism of action.” This describes how a molecule, such as a supplement or other substance, produces a specific pharmacological effect in the body (which may include the blocking of receptors, enzymes, stimulating hormone production, etc.). This knowledge is important because monitoring how a molecule affects the body allows for safe, successful dosing of certain supplements. In CarnoSyn® beta-alanine, one of its primary mechanisms of action is its ability to enhance intracellular buffering capacity, which results in a greater tolerance for sustained anaerobic activity. This makes it an effective sports nutrition supplement, but CarnoSyn® isn’t just for athletes—it‘s also ideal for individuals looking to improve their overall wellness. Here’s a closer look at how CarnoSyn® beta-alanine works and its effects on the body.

Beta-alanine is an amino acid that is produced naturally in the body. When CarnoSyn® beta-alanine is introduced into the body, it binds with the amino acid histidine in the brain, the muscles, and other organs with a peptide bond. The result is the dipeptide called carnosine. Since beta-alanine is the rate-limiting factor in carnosine synthesis, our bodies demand more as we get older. However, it’s difficult to get the required amount of beta-alanine through diet alone. Beta-alanine supplementation has been shown to increase carnosine levels in the body (by up to 80 percent). More carnosine means better performance—along with improved brain health, systemic protection, muscle function, bone health, and heart health.

As exercise intensity increases, the major end-products of glucose metabolism are increasingly lactate and hydrogen ions which are generated in equal amounts. However, it is the highly reactive hydrogen ions that are responsible for the fall in pH in exercising muscle (a process also referred to as acidification). Throughout exercise, hydrogen ions can be actively transported out of the muscle cells and into circulation. However, the rate at which this can occur is limited, and, at higher exercise intensities, is insufficient in matching the increased rate of hydrogen ion production, resulting in progressive acidification. To the athlete, this manifests as the onset of fatigue/loss of muscle power. However, carnosine is able to buffer pH decline with its special chemical structure and property, the imidazole ring. This buffering action reduces the build-up of acidity that contributes to muscle fatigue and failure, while increasing endurance and improving recovery when training. For non-athletes, this buffering action is also crucial because the blood’s pH must remain constant (and not too acidic or too basic)—otherwise, the body’s enzymes and proteins will be unable to function. 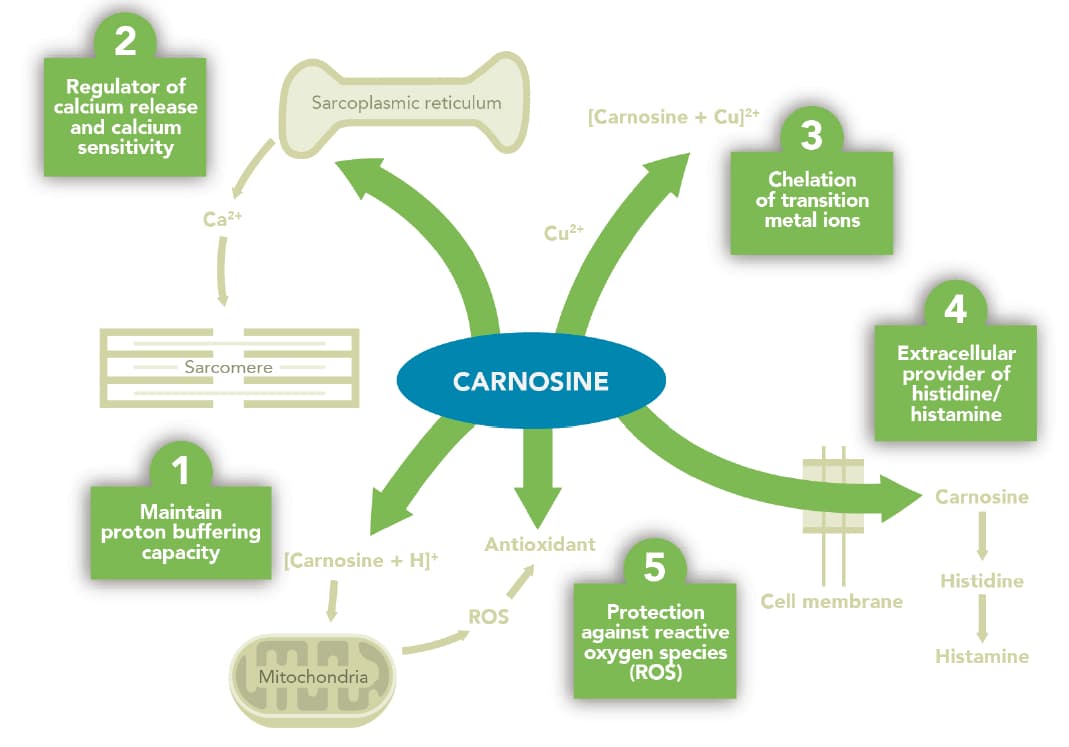 SR CarnoSyn® offers the same benefits as instant release CarnoSyn® but in an advanced delivery system that allows for increased dosing for faster results. Its sustained release formula increases carnosine levels in the body to promote everyday wellness and healthy aging. SR CarnoSyn® is patented and scientifically proven to improve brain health, systemic protection, muscle function, bone health, and heart health. Of significant value are carnosine’s antioxidant properties, which protect entire systems in the body from lipid peroxidation. During this process, oxidants such as free radicals attack lipids in cell membranes, which can result in membrane rupture and cell death. Whether oxidative damage is caused by aging or strenuous physical activity, increased carnosine levels help cells to fight these effects. The list of benefits goes on:

Carnosine acts as an anti-glycation agent in cells, which supports brain healthand cognitive function. It is a powerful antioxidant, with studies showing carnosine helps improve attention, concentration, and task focus in adults. Increasing carnosine levels also promotes a healthy response to everyday stress and has been shown to slow down aging.

Increasing carnosine levels improves muscle working capacity and muscle contraction, supporting the body as it undergoes age-related changes. In addition to the pH buffering function mentioned earlier, carnosine is also a regulator of calcium release and calcium sensitivity, which are both important for muscle contraction and provide powerful support for bone integrity in older adults.

In addition to protecting against lipid peroxidation in the body, carnosine helps to maintain proton buffering capacity, supports circulation and already-healthy blood pressure levels, and regulates muscle contractions. Whether you’re a fitness enthusiast looking to improve performance and speed up recovery or a non-athlete hoping to support healthy aging and overall wellness, CarnoSyn® and SR CarnoSyn® are the only beta-alanine supplements to be clinically proven in over 55 clinical studies to be safe and effective. 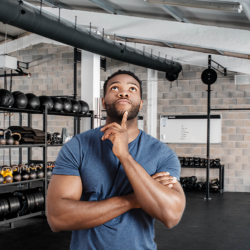 As research continues to emerge about the benefits of beta-alanine supplementation, many people are finding…