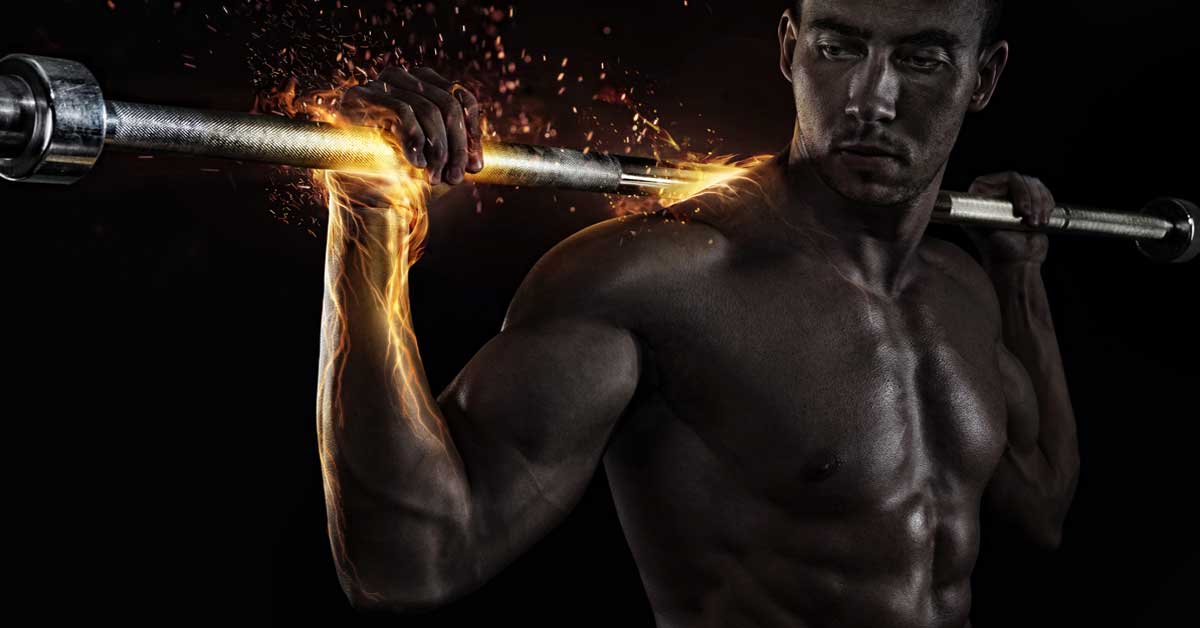 What Does Beta-Alanine Do?

Anyone who spends much time on the court, in the gym, or on the field knows the words “better, faster, stronger” are more than just a catch-phrase, they’re a way of life. And for many world-renowned scientists, physical trainers, coaches, and elite athletes, beta-alanine is a supplement that’s proving to be a literal game-changer — for better workouts, faster recovery, and stronger muscles.

Recognized as the next tier in sports nutrition, beta-alanine combines naturally with histidine in the body to produce carnosine. This compound then acts as a buffer against acidity, helping to drop pH and delaying the onset of muscle fatigue and failure. Ingesting higher levels of carnosine has also been shown to enhance performance and endurance during high-intensity exercise. Small amounts can be found by consuming animal protein (like beef, turkey, pork, and chicken), but it’s difficult to receive enough daily dosage from food. 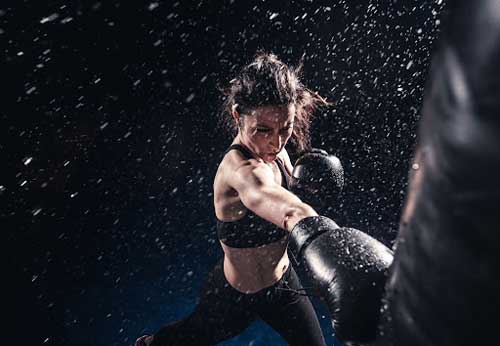 Scientifically Proven to Level Up Your Workouts

Beta-alanine is used to safely enhance the capacity to exercise and train, build lean muscle mass, and improve physical function. The International Society of Sport Nutrition has determined that daily supplementation with beta-alanine for a minimum of two to four weeks is shown to improve exercise performance. When athletes properly load beta-alanine (at least 90 grams over a 28-day period – or an average of 3.2 grams per day) they will achieve this improved performance by increasing their level of muscle carnosine. And the benefits of beta-alanine are backed by years of scientific research.

Specifically, when beta-alanine is introduced into the body, it helps to:

The Food and Drug Administration (FDA) has stringent standards for sports supplements and warns consumers about the dangers of tainted products. However, the FDA has found nearly 300 fraudulent products — many promoted for weight loss and bodybuilding — that contain hidden or deceptively labeled ingredients.

In contrast, CarnoSyn® is the only beta-alanine that has successfully obtained New Dietary Ingredient (NDI) status with the FDA. It contains a fully-tested, branded ingredient and zero banned substances, while manufacturers of generic beta-alanine don’t fully disclose their list of ingredients and aren’t backed by the FDA for their process or purity. 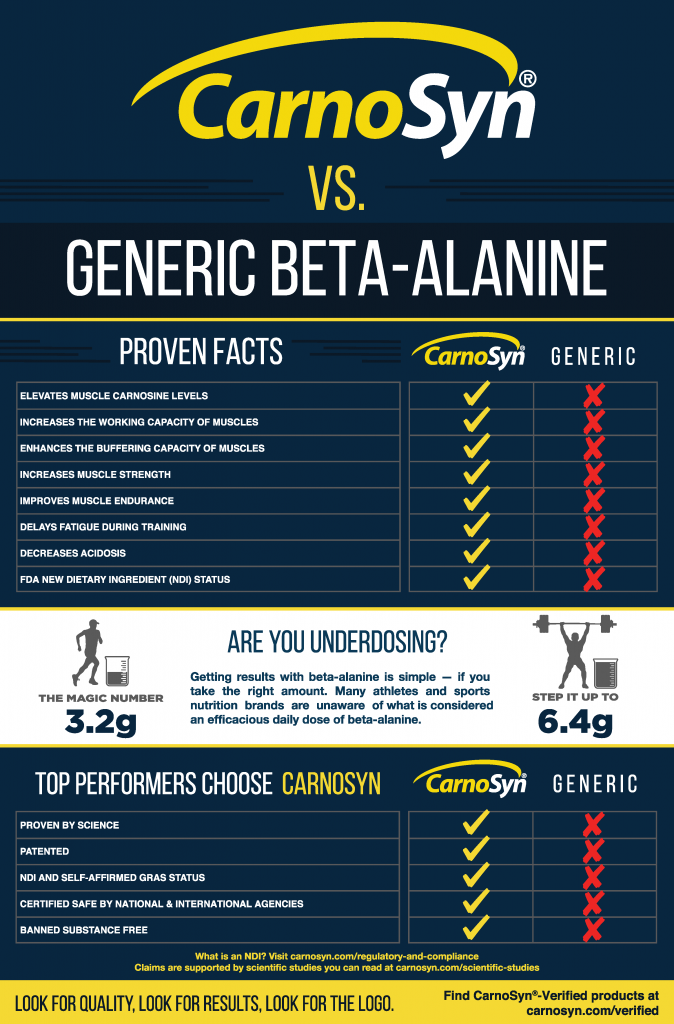 Additionally, over 55 clinical studies (15 of which have been published in peer-reviewed journals) support the athletic performance benefits of CarnoSyn® beta-alanine. These studies have led to 20 global patents, making CarnoSyn® the only patented beta-alanine on the market (20 times over).

CarnoSyn® is not only the safest beta-alanine supplement available, it’s also proven by science to be the most effective way to achieve better workouts.