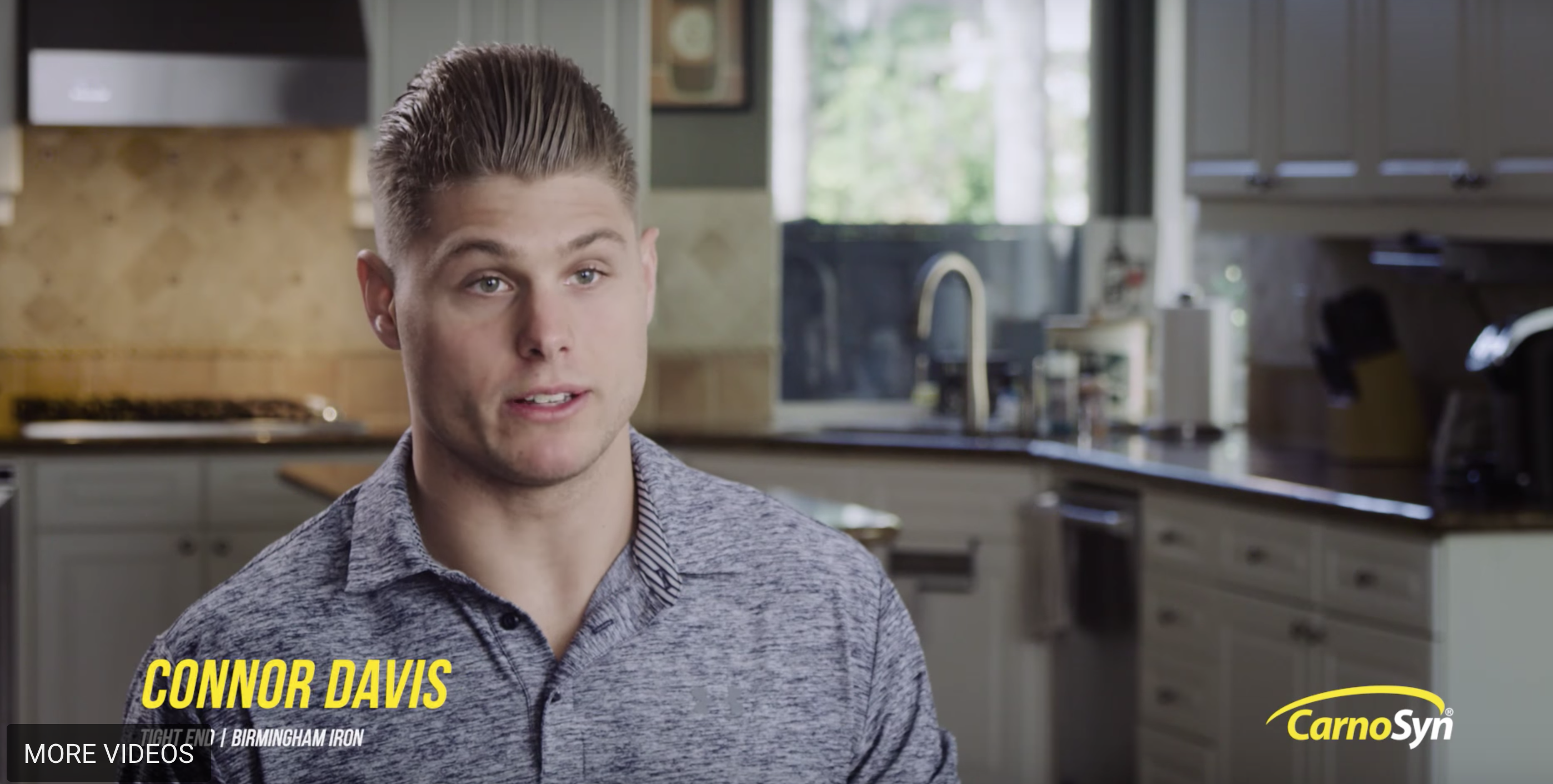 Connor Davis’ journey to becoming a professional football player took him along a winding path. A significant growth spurt and emergence of his talent in high school led him to Stony Brook University, where he played multiple positions and caught the eyes of scouts. After attending spring camp with the New York Giants, Davis was drafted by the Birmingham Iron of the newly-formed AAF. Davis’ entire career has been about transformation. In high school, Davis was a Baltimore Sun defensive player to watch with 235 yards, five touchdowns, 117 tackles, 12 sacks and a blocked punt as a senior. At Stony Brook, he played whatever position the team needed him to, but emerged as a pro prospect playing tight end. In 2022, Davis was drafted by the Michigan Panthers of the USFL where he recorded 25 yards in 3 receptions early in the season.

“Supplementing with CarnoSyn, I’ve seen an increase in my max 225lbs benching reps from 20 to 23 reps! For me that’s huge. I’ve been working out a long time. In five years in college I haven’t seen that kind of increase in that amount of time.”

How Connor Gets the Edge

Connor Davis doses with CarnoSyn® every day, using a mix of CarnoSyn® and SR CarnoSyn® to perfect his stack.