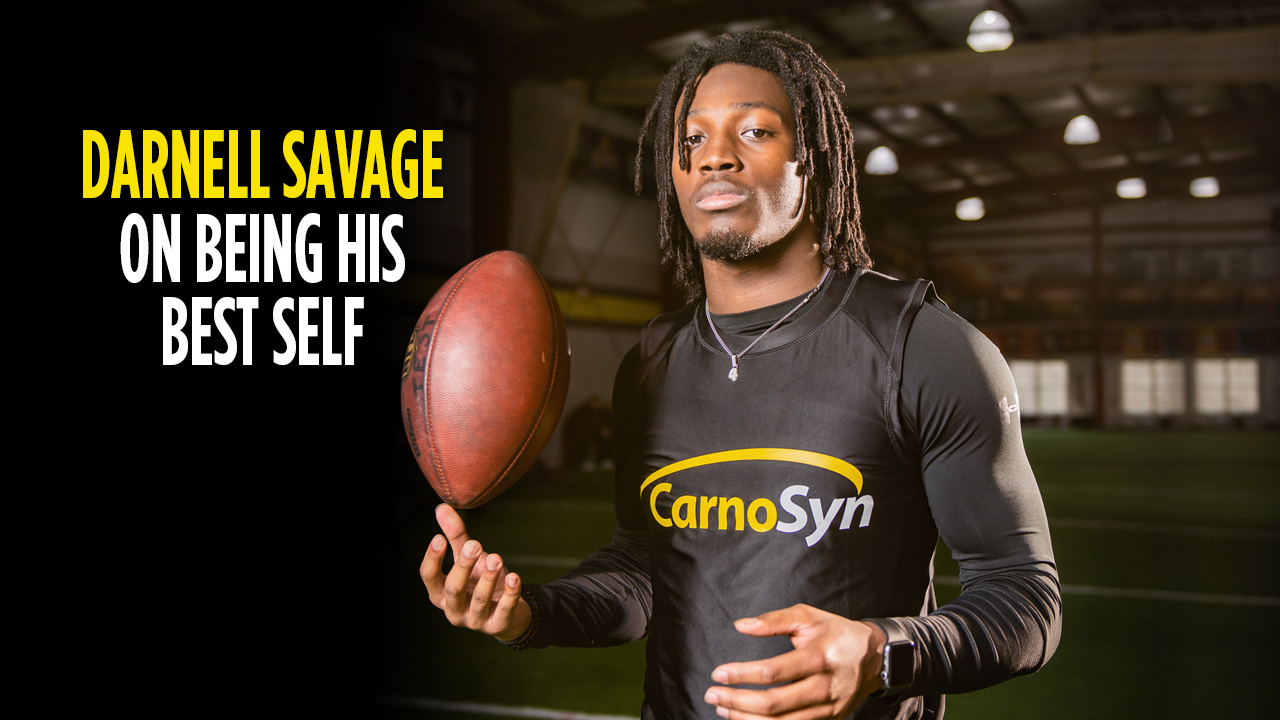 According to NFL Combine and Team CarnoSyn® trainer Kevin Dunn, Darnell is “just as ‘savage’ in the film room as he has been on the field with incredible instincts to track offensive progressions and make big plays. We haven’t seen footwork like this since Patrick Peterson Jr.” Drafted in the 1st round by the Packers, Savage originally opened the eyes of NFL scouts during his career with the Terps, where he earned Honorable Mention All-Big Ten honors, and an invite to the prestigious Senior Bowl.

Savage was drafted by the Green Bay Packers in the first round of the 2019 NFL Draft, 21st overall. In his first 50 game starts as a Packer since 2019, Savage has had 143 solo tackles, 1 sack, 24 passes defended, and 8 interceptions totaling 50 yards. He’ll continue to earn his reputation as a top defense in the league by focusing on training and improvements in his speed and strength, powered by CarnoSyn®.

“CarnoSyn allows me to compete at the highest level every day, with no sore days. It keeps my body feeling good.”

How Darnell Gets the Edge

Darnell Savage doses with CarnoSyn® every day, using a mix of CarnoSyn® and SR CarnoSyn® to perfect his stack.