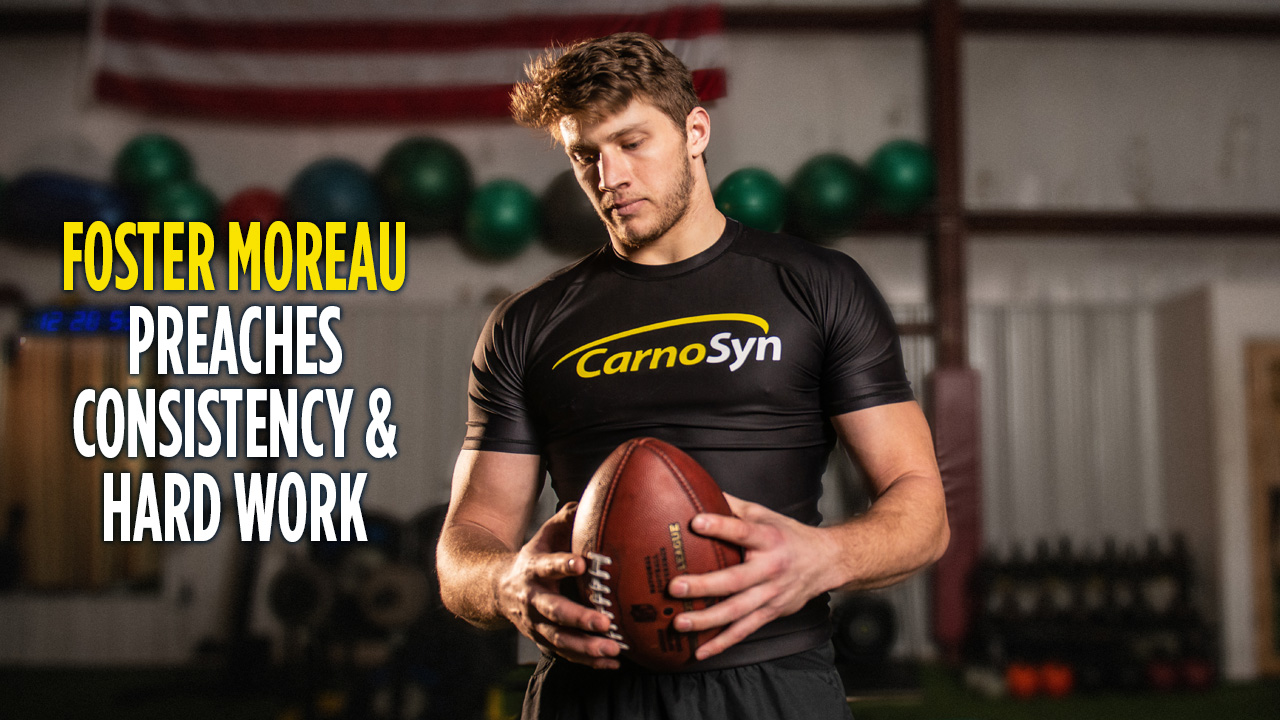 With a rare combination of size, speed, and agility, Foster Moreau is a threat in both the blocking and passing game. The Oakland Raiders TE was picked in the fourth round of the 2019 NFL draft and has been making his mark this season—leading the Raiders in receiving just after his first career touchdown during game 4. But Moreau is no stranger to leadership; At LSU, he was selected by his teammates to wear the prestigious #18— the number previously worn by current NFL stars like Bennie Logan and Tre’Davious White. “It’s honestly recognizing the culmination of all of my efforts,” Moreau explained. “It wasn’t even getting the jersey, it was that my teammates gave me a standing ovation.”

Moreau was drafted by the Oakland Raiders in the fourth round of the 2019 NFL Draft, 137 overall. Moreau has appeared in 49 games with 22 starts, setting career highs with 64 receptions totaling 761 yards and 10 touchdowns. As a rookie in 2019, Moreau gained 5 touchdown receptions which recognized him as the second most TD receptions by a rookie tight end in franchise history since the 1970 AFL-NFL Merger.

“With CarnoSyn, I can work harder, faster and stronger. It helps me be more consistent and more prepared to take on the day.”

How Foster Gets the Edge

Foster Moreau doses beta-alanine with CarnoSyn® every day, using a mix of CarnoSyn® and SR CarnoSyn® to perfect his stack.